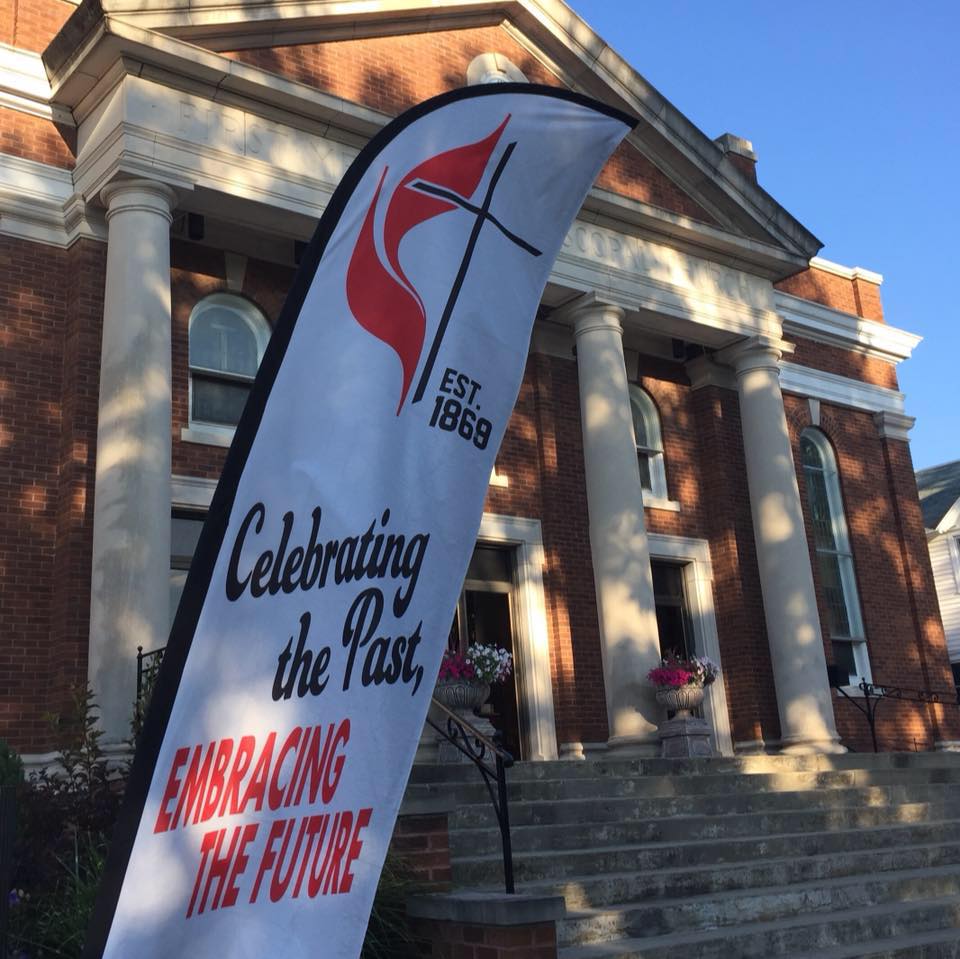 The first Atlantic Methodist Episcopal church was a 34 x 36 wooden structure, built on the present site. The cost of the building was $2,700 and was dedicated debt free in August of 1869. The Rev. Abraham, pastor of the church, called people to worship by tolling the church bell. The tower bell was donated by John R Kirk. Atlantic Mayor J.A. McWaid also donated a church bell later in our history.

Over the next several years, the first church building became in poor condition because of hail, wind, and storm damage. There was also a need for a larger church (although there was strong opposition). In June, 1892, a contract was let for a new larger church building. The first church building was moved to the southwest corner of the Court House square while the second church was under construction, and services were conducted without interruption. On August 20, 1892 the cornerstone was laid for the new church. Several hundred people attended this celebration.

The second church building was a 81 x 84 ft structure of red pressed brick with a foundation of fine pressed stone, built at a cost of $11,103.80. This new church would seat 400 people in the sanctuary and was functional to open side rooms to seat 700: other chairs could be added to seat 1,000. (Membership at this time was 460.) The church was ready for worshippers and dedicated free from indebtedness January, 1893, just four months after laying the cornerstones. The building had electric lighting and was heated with a coal stoked, hot air furnace.